Advanced Machining Techniques was formed in 1994.

Originally formed as a Product Design company in the Special Applications field, Advanced Machining Techniques was formed in 1994. A group of colleagues branched out from the FMT/KTM/CVA Special Projects & Applications banner to facilitate and complete a project for the manufacture and production of Private Plane components.

Originally based in Southwick, West Sussex the team soon outgrew their design offices and re-located just along the South Coast to Shoreham. While here, projects and enquires continued to grow, leading to Customer Partnerships with market leaders in many fields, such as Aviation, Automotive, Industrial & Agricultural Braking Systems and Industrial Pump sectors, these are still very strong today as well as many Machine Tooling Suppliers. After 10 very successful years of continued growth here, a decision was made to not only design, programme, install and prove out Machine Production Fixturing and Turn-Key products, but also to manufacture them as well.

This led to a need of further expansion to our current premises, still in Shoreham, overlooking the River Adur with very quick & direct access to Shoreham Port, and only 30 minutes away from London Gatwick Airport, and with customers not only all over the UK but globally as well, this easy access to transport links was needed and considered. With large open plan design and administration office upstairs, specialised production and manufacturing facilities on the ground-floor with quick direct loading and unloading facilities the next step could be taken.

As well as an expansion to premises, the staff and management also needed to grow, bringing in specialised skills such as CNC Machinists, Mechanical Fitters, Inspection Specialists and a Project Manager. With these and our investment in hardware and plant inventory we could again look to the future. 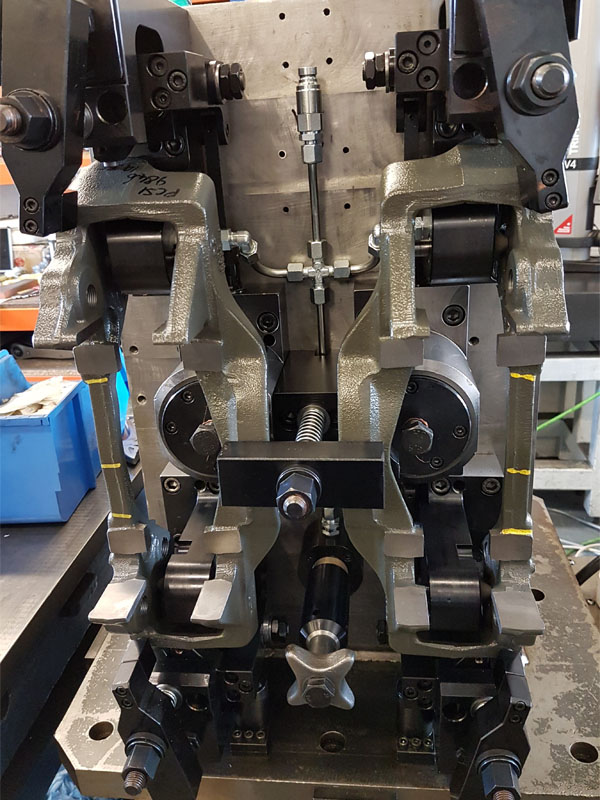 With the extra man-power, equipment and most importantly skills, we could begin to offer extra services, such as large and small scale Sub-Contract machining, from 1 off prototypes to batches of 1000’s. Modular fixturing systems allowing for minimal machine downtime and maximum machine Spindle Run Time. Mechanical and non-mechanical assemblies and sub-assemblies ranging from basic to very complex. Fully Hydraulic Fixturing Systems, multi-palleted fixture concepts and multi-use Grid, Matrix and Slave Plates.